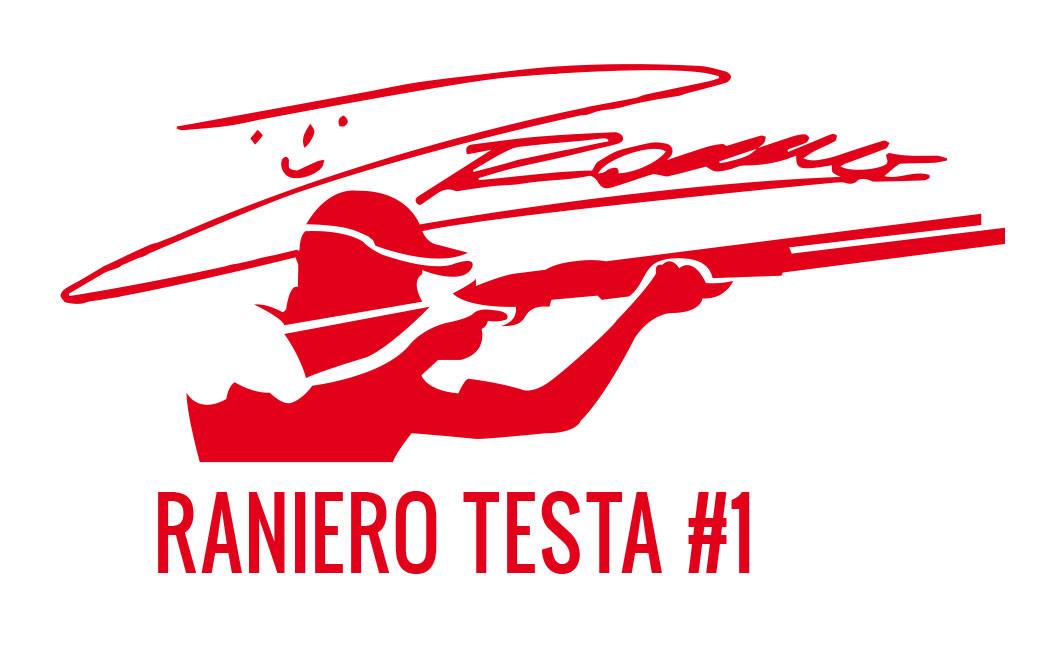 The Italian shooter, armed with the new Super X4, had to throw 13 trays into the air and break them with 13 cartridges before they fell back to the ground. The exploit was rendered all the more difficult because of the wind and rain on the occasion.

Despite this, Raniero was successful after 35 minutes trying. The record, certified by an independent agency, was made possible thanks to the genius of the Winchester shooter and the effective performance of his semi-automatic rifle.

ŌĆ£To train, in one month I shot 20,000 Winchester X2 28gr cartridges with my SX4ŌĆØ, says Raniero Testa. ŌĆ£The SX4 is amazing. It is even faster than the SX3, better balanced, with better ergonomics. Today, I have proved that the Winchester SX4 is the fastest semi-automatic rifle in the world.ŌĆØ

In fact, Raniero Testa obtained his record by breaking the 13 trays in only 1.6 seconds! Such a furious pace would certainly not be possible with any rifle other than the SX4. 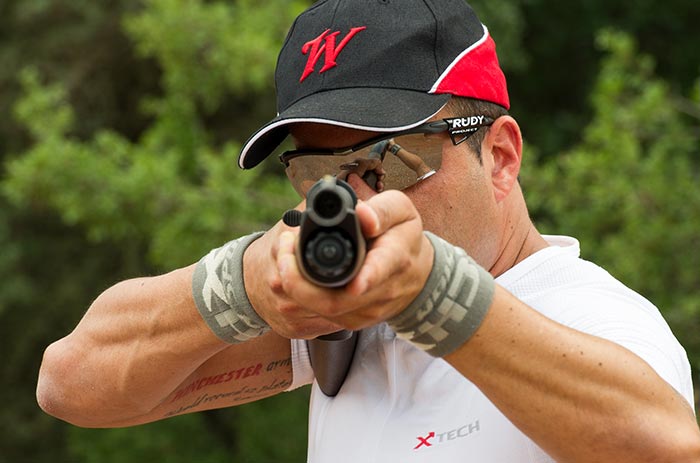 Take the speed and performance of the Winchester┬« SX4Ōäó shotgun; put the gun in the hands of Raniero Testa and you have all the ingredients you need for breaking world records. This is exactly what happened on April 25th 2017, 5 years after his previous record with the Winchester┬« SX3Ōäó and 13 years after the previous record held by the American and former Winchester shooter, Patrick Flanigan. He realized his new feat in front of numerous observers, including a judge of the agency Interrecord, on site to validate the world record, and a group of French, Spanish and Italian journalists present on the spot to participate of the Browning and Winchester Press Day.

Armed with his own signature SX4 semi auto, Testa has become the first person in history to hit and successfully break thirteen clays thrown into the air one after the other, before they fall to the ground. And this, in just 1.6sec!

"The secret is in the way you throw them, the clays must be in the right position. Then, once you have succeeded in throwing them up perfectly you just need to have high-performance tools in hand. The SX4Ōäó is the fastest semi-auto in the world. ThatŌĆÖs exactly why I used it, because IŌĆÖve tried a host of others, but without success, and this was even before Winchester ┬« kindly made their equipment freely available to me." 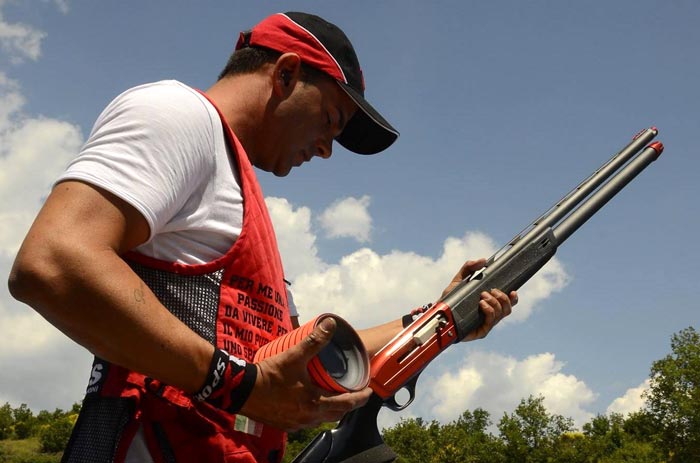 Since gaining world record status in 2012, Raniero Testa has since repeated his world record multiple times in the last couple of years, and remains undisputed up to date; participating and attending to various international meetings and conventions, the Italian shooter has quickly become a celebrity and a role model for many other young shooters to take inspiration from.

In 2015, Testa was awarded the title of Alfiere dello Sport ("Flagman of Sports") by the Prefect of the Province of Frosinone, and was also bestowed with the Cavaliere della Repubblica knighthood award for his records and merits in sport shooting. 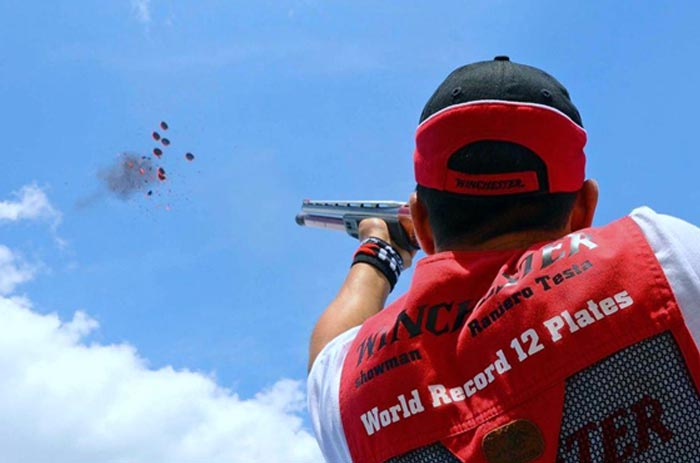 Most recently, our proudly sponsored world champion shooter has further consolidated his place in the hall of true legends with a feat worthy of the best. With a hood on his head and a Winchester Select Sporting II in his hands, the impressive Italian blasted 25 out of 25 clays! Despite being launched at 75 km/h, the clays had no chance against Testa & his Winchester X2 ammunition. Guinness World Records established the record in front of intrigued observers from the ISSF in Lonato, Italy.